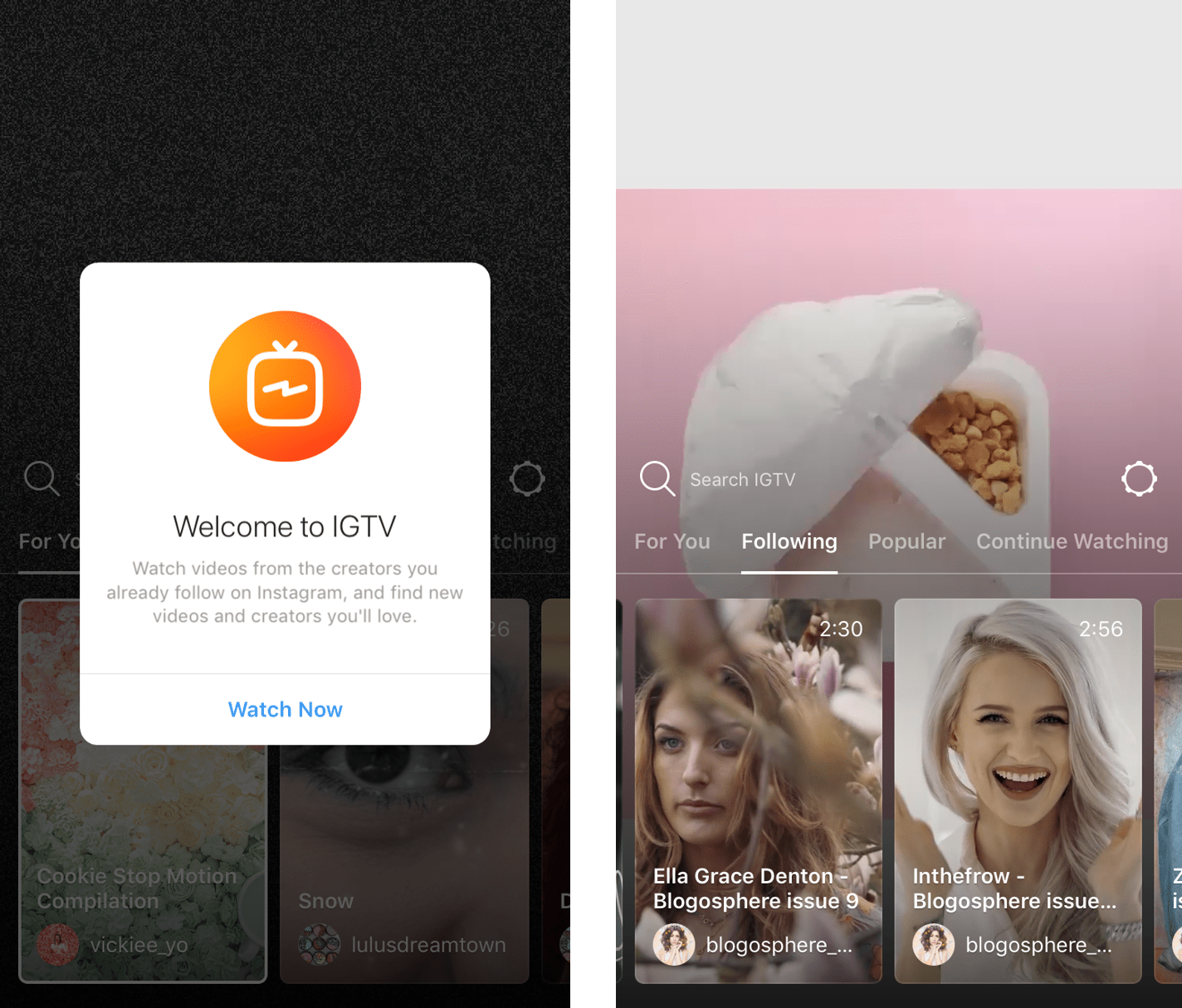 Love video?  Hooked on Instagram Stories and Insta Lives?  Well you’re probably going to love the latest news from Instagram this week, with the launch of its long-form video service, IGTV, to celebrate hitting a milestone 1 billion users.

Video has proved to be a big hit for the company, rolling out a range of services to extend the offering and satisfy the demand of all of us eager to catch up on the latest from our favourite people and brands.

And users love it!

So what does it mean for brands?  When it comes to sponsored posts, according to a study by Mediakix, video content on the platform, attracts up to three times as many comments as a sponsored photo. When thinking about your Instagram video, it’s worth considering that according to Digiday, 85% of Facebook video is watched without sound. And data from Wistia, shows that drop off in engagement occurs quickly as length increases. If you can hook the audience within the first 30 seconds, they are likely to stick around and engage.

So what do we know about IGTV so far? Speaking exclusively to Newsbeat, founder Kevin Systrom gave us some insight into the key features:

He said: “All the data we have shows that people are spending less and less time in front of TVs, but spending more and more time on their phones”.

Is this the end of the dual screen?  Why watch television, and join in the conversation when you can get involved on one device?