BRANDS HAVE GOT THE FOOTBALL FEVER! 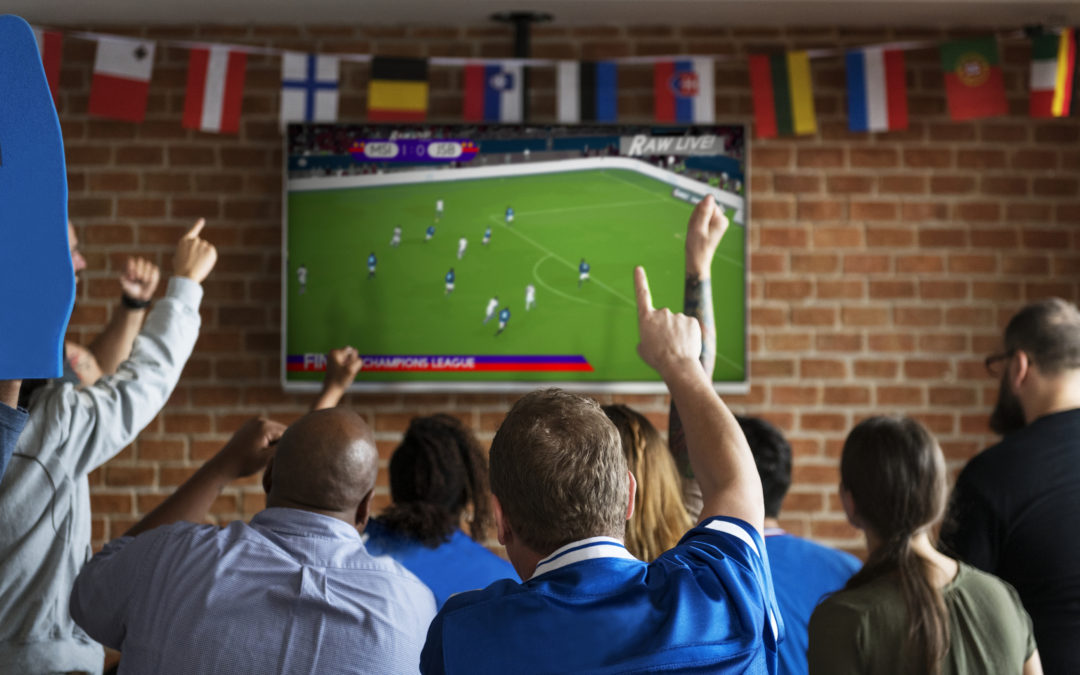 The biggest football tournament started yesterday and with one match underway, there’s only 63 left!

The football contest will be viewed by more than 3.2 billion people, with 32 countries making it through to the group rounds; it’s a great opportunity for brands to be involved.

According to James Kirkham, about 40% of the world’s population will be asleep whilst the matches are aired due to time zones. Therefore, it’s more important than ever for brands all over the world to incorporate a campaign, utilising social media, which attracts attention globally outside of the matches.

So with this in mind, which brands have got the football fever? We’ve picked out Escapade’s favourite campaigns below!

The site to buy new and used cars has promised to give away a brand-new car every time a member of the England squad scores a goal in the 2018 tournament. Keep a note of this one – all you have to do is tweet #AutoTraderGoals when England gets a ball in the back of the net (fingers crossed there’s a few!) 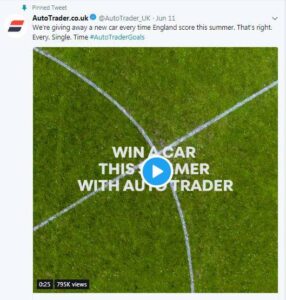 Three Lion’s more like! The telecommunications giant has added the Three Lions on four shop fronts and inside the store, they are celebrating the football tournament with the #ThreeWallBall challenge (we are big fans of the name!).

To join in with the challenge, all you have to do is visit the store or film your attempt (kicking the ball at the wall without it touching the floor – don’t think I’ll be a winner) and post on social media using the #ThreeWallBall for your chance to win an ‘exclusive ultimate football party’!

Betting giant, Betfair, pranked a five-a-side football team ahead of the tournament. They rounded up famous football stars including, Rio Ferdinand, Michael Ballack and Michel Salgado to surprise a typical five-as-side team with a trickier game than they were expecting!

The official supermarket of the England Team, Lidl, has teamed up with the squad to inspire their younger fans. Lidl’s campaign ‘Time to shine, Lidl ones’ allows kids to train with their football heroes; Raheem Stirling, Gary Cahill and Kyle Walker.

The Drinks Business found that if England makes it through the group stages, fans watching the game at home will spend £240m on food and £297m on alcohol. This figure jumps up to £1.12bn if they make it into the final (we can always hope!).

With over 342 million beers being consumed, Carling has planted 100 golden cans in their multi-packs. Keep an eye out, each one is worth £1000! 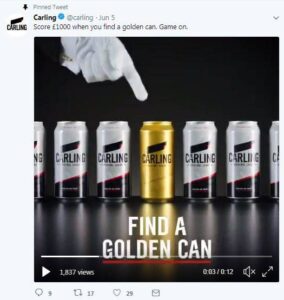 So the football fever is in full swing but the real question is will England get it in the back of the net? Let’s hope so (I want to win a new car!).